The Radiography of an Emotional Imprint 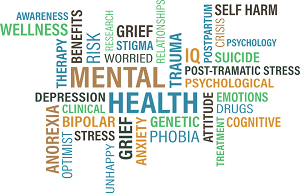 In recent years, wellbeing has earned a special place in the heart of HR departments. It’s a new tool that we’re beginning to use in the various organizational situations we encounter. And, because it’s a new tool, the forger sometimes forgets to send the instructions for use, therefore it’s placed on the “good tool for everything” pedestal and it’s incorrectly used, as in the hilarious situation in which a craftsman is pinning nails with the pliers.

The objective of this endeavor is not to unveil the components of a successful wellbeing program, this is something we’ll talk about on another occasion, but rather look at its internal positioning and the connections of a wellbeing initiative in an organization.


The Decalogue of a Wellbeing Promoter 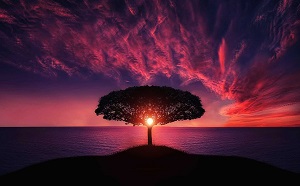 Under the sign of the decalogue, we now enter the dark room and develop a few of the uncharted mysteries that take place when approaching a whole new field, not only for the Romanian market: wellbeing programs.

The outlook provided by the last years of practice helped me standardize and develop common ground for understanding to anyone who tries to become a supporter of wellbeing initiatives either as a sponsor, sympathizer, confident follower, project manager or participant.

Are you ready? Then, let's start!

We often hear those around us saying: “Because he/she has (doesn’t have) values!” Large or small companies display the set of values they believe in on their communication channels, values they consider represent and make up their culture. We discover the following question in our internal dialogue: “If these are the company’s values, what am I expected to do? What is my own set of values and how do they impact my decisions and performance?”.

But, above all, what are values? Values can be understood, in a global sense, as motivations that stand behind strategic choices, requested in order to achieve our professional or personal objectives. 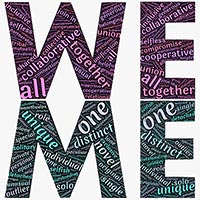 'Culture (b)eats strategy for breakfast' best illustrates the conflict between what you set as an objective: strategy, objectives and culture, which should support the successful execution. The quality of the execution is sustained by the individual internal motivation and the shared meanings between team members, because both guide and generate cooperation competencies, i.e.'shared meaning'.

Teams that deliver high performance have more than 18 shared values, therefore have a high cooperation competence and rapidly resolve problems, making decisions in an undisputed manner. Teams that are in a risky area are those in which a third of their members have less than 15 shared values, and this means the solution they find when resolving problems does not motivate most of the members. The reaction? Subgroups with common values will emerge, fighting for supremacy, by influencing the other members or decision factors. ...read more


How are values visible in the organisations?

We only need a few words to provide an answer for this question: organisational culture is the company's personality. O sum of values and norms of the main leaders of the organisation that is visible through behaviour. It's difficult to describe it, but anyone is capable of recognizing it, when experimenting it.

1. The first one refers to the organisational attributes that can be felt, seen and heard also by an uninitiated observer: buildings, awards received, clothing or the manner in which they interact with external customers.

2. The second level implies a more in-depth observation, by a trained eye, of the slogan, the mission or the beliefs expressed through dialogue by the leaders in the public environment, on various occasions.

3. Inside the third and most profound level we can find the tacit beliefs. Those are the elements of the culture that appear during the regular interactions between members of the organisation and cannot be cognitively identified. Most of the times, those subjects are taboo and are not discussed inside the organisation - they are unwritten rules that exist without being in the conscious field of the members. ...read more


How do values influence the way we act?

Our life is significantly influenced by values, because values are the filter, the lens through which we look upon the world. Values are imprinted in various stages of individual development, until the age of 21 and behave like small internal programs that border each action or decision of one's life. The internal dialogue based on our beliefs generates feelings, alerts states of intentionality, activates, guides behaviour and creates meaning....read more

"This experience came into my life when I most needed it, at a difficult stage! The report and especially the meeting with the consultant made finding the path that leads to the individual I actually am easier for me, knowing how I can lean on my values when I make a decision, in personal or professional matters."

"Getting together with my values was more than revealing... A surprise, but in the same time, an acknowledgement of the things I knew about myself, but did not use consciously. It was that "date with myself"

that I needed. Thank you!"

"I lead a team of 25 people and our job is a technical one, by definition, that gravitates around numbers and complex calculations. I discovered extraordinary things about how the words I use influence other people and that motivation comes from within, not from someone else."

"Congratulations for this tool that, as far as I know, is unique on our market. The online dialogue with the specialist made me deal with different feelings, but, in the end, the entire time we spent together was worth it! I can say that I came out of this experience being more aware of my values and a little more motivated!"

"The iValue report and also the counselling session with the Human Developer specialist have been fruitful to me for several reasons. I believe alignment to personal values is essential to living a meaningful life, in harmony with myself and the environment. Thanks to Life Journey Map, I have a clearly organised map of these values (yes, things are a little more complex than just choosing 3-5 values from a list), but also a small guide to using my inner resources. As I am at a stage where getting in touch with my personal mission is a priority for me, I’ve connected to my carrer values, which underline the mission. Wow, isn’t it?"

"You can't look inward, by looking in outward mirrors! It has been a real, extraordinary experience, that certified many personal things that I knew about myself. Through this experience I have seen a clear image of my inward world, my landmarks that make me be my self everyday. This 'inward mirror' is a true guide that we all should have at hand. A must-have for any person who embarks on a self- discovery journey! Even if you start by having an online test, the whole experience that the consultant offers you, boosts your self with emotions, answers and 'homework'. Thank you for the 2 hours of 'self-awareness-therapy'."